Can't see what your looking for? 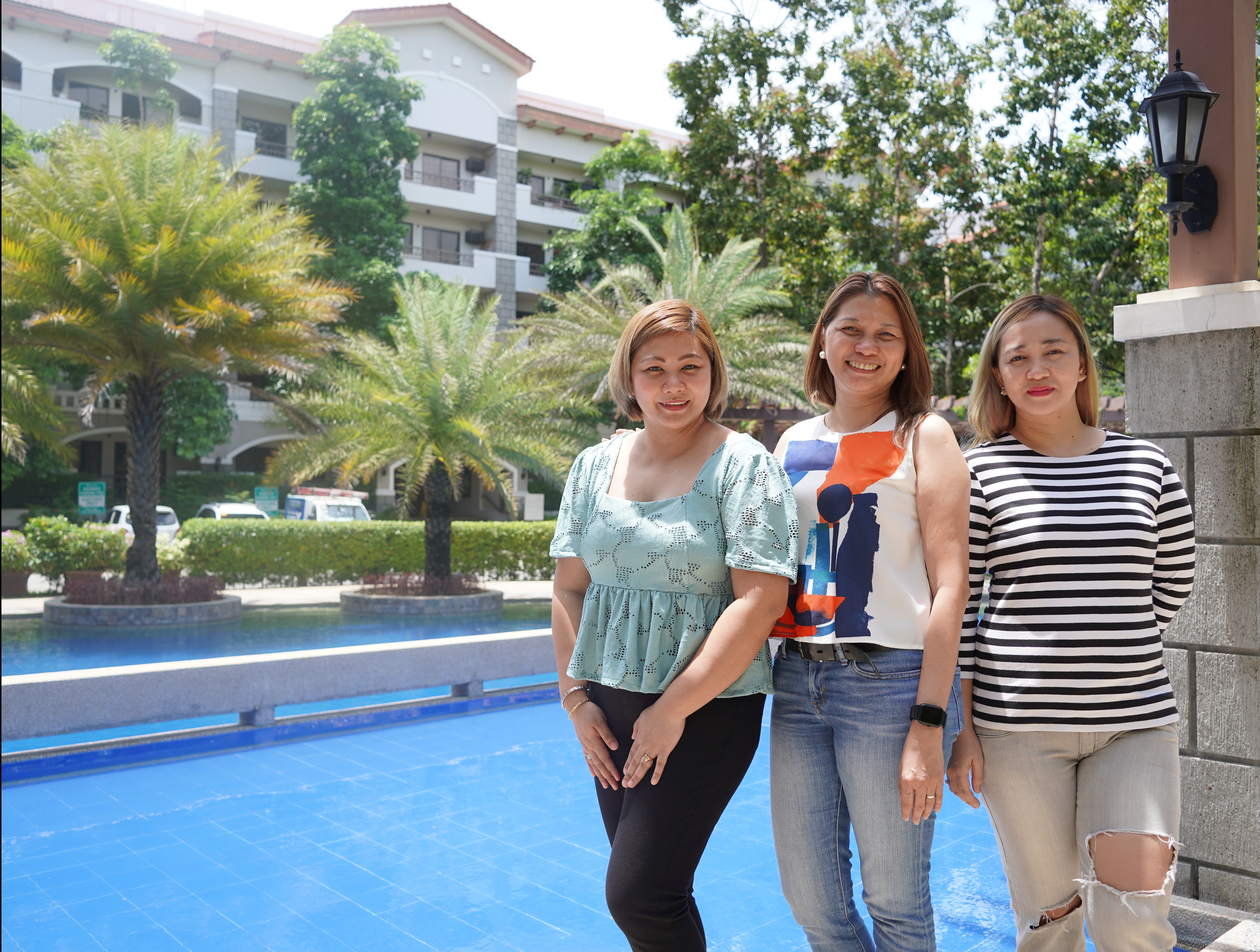 The South of Metro Manila has some of the best spots to start a family, buy property, or simply hang out with friends. These great south traits are what attracted “southern” residents Ricy Canque, Lea Theresa Gatdula, and Hazel Kalinisan to the place they now call home.

Ricy, Lea, and Hazel are all women in their 30s and 40s, and married with kids. Ricy was a nursing aid and caregiver and is now a housewife; Lea sells food for her neighbors; while Hazel is a registered nurse, but works as a businesswoman. All of them love their home in the south—DMCI Homes’ Maricielo Villas in Las Piñas City.

Hazel points to her husband for choosing to live here. Her husband, an overseas Filipino worker (OFW), is from Bacoor, Cavite, while Hazel was born and raised in Makati City. When they got married, it was natural for them to look for a place in the south. She says the area is highly accessible because of the well-connected and well-constructed roads: “Kapag nasa south ka, nasa middle ka. Punta ka sa resort sa Batangas, Cavite. Pag magpa-north ka, madali.”

Her husband’s place in Bacoor was also flood-prone, so being at a safer place was a priority. Plus, her two kids go to school near Las Piñas City, not to mention that there are malls and resorts a few minutes away.

Lea shares Hazel’s observations. But the biggest draw for her was that the area was near the beach, as she and her family of two kids love to go on road trips. Ricy echoes their thoughts, adding that the south isn’t so crowded yet. “Hindi pa masyadong ma-traffic,” she says.

When asked why they chose to live at Maricielo Villas, all three women were one in saying that the name DMCI Homes had a huge impact on their choices.

Hazel, for instance, has been living at Maricielo Villas for six years now. When they found the place, they didn’t know its name, but they knew it would be built by DMCI Homes. “Kakilala na,” she says of DMCI. She and her husband tried looking for a house inside a village, but they were so much less accessible than their current home, which has a nearby transport hub.

Apart from the developer, Ricy was enamored with the Spanish-themed design, and that it was a mid-rise building, which makes her feel safer specially during emergencies. But most importantly, as with all three women, she liked that the security system was intact: “Nakita ko secured ’yong family ko,” she recalls. “Kasi gusto ko dito bumuo ng pamilya.” Lea also liked the design, especially because it was resort-style, and was great for families.

Years later, the women all say they couldn’t have asked for more.

In these past years, Hazel and her family have experienced earthquakes, and yet she has never felt unsafe. Not only that, everything she says has been well-maintained, including their favorite amenities, like the swimming pool. Lea, agrees: “Mga amenities dito, wala ka nang hahanapin pa. Mga bata, tuwang-tuwa kasi madami silang nagagawa. Di na kailangang lumabas.”

This kind of comfortable and tightly knit community was made more transparent during the pandemic.

At the time, and even now, she would cook food and meet her neighbors at the lobby. She even had her own pasabuy system, where she would send a message to her neighbors that she was about to go to the market, and if they wanted her to buy something for them. “Iba ’yong naging friendship namin during pandemic. Una, iilan lang kami magkakilala. ‘Pag ulit-ulit kayong nag-uusap o magpabili, ang dami mong nakikilala.”

One project that they are most proud of is the community pantry, where they also donated food and other supplies to their neighbors outside of Maricielo Villas.

If given the chance, Hazel, Lea, and Ricy say they would still choose to invest in DMCI Homes properties in the south, such as the Sonora Garden Residences, a 1.45-hectare pre-selling condominium development within Robinsons Place Las Piñas complex in Alabang-Zapote Road, Las Piñas City.

To learn more about DMCI Homes properties in the south, log on to www.dmcihomes.com or call (632) 5324-8888. You can also visit leasing.dmcihomes.com to know more about opportunities in leasing and rent-to-own programs of DMCI Homes.

Owning a home remains the ultimate financial goal for a lot of people.&nbsp; &n...

Discover Design Destinations at the Heart of Chino Roces

A thriving art and design scene has invigorated the stretch of Chino Roces. On...

On your favorite social media network

Leave us a message and we will get back to you as soon as possible.

You can also reach us via the following channels

We always enjoy hearing from you and there are several ways that you can reach us.

We, DMCI Project Developers, Inc. (the “Company”), together with its subsidiaries, special projects and business units, highly value the confidentiality of information you have entrusted us. We highly regard your personal, sensitive and privileged information such that it will only be used for its intended purpose (or as may be required by existing national and local laws, rules and regulations), kept within the agreed period and protected against data privacy breach. Any personal, sensitive and privileged information that you provide shall be kept safe under the Data Privacy Act of 2012 (the “Act”), applicable laws of the Philippines and the Company’s very own commitment through its Data Privacy Policy.

Personal, sensitive and privileged information that you provide shall be used for transactions related to the sale of the Company’s products and all matters arising out of the said transaction.

Under the Data Privacy Act of 2012, you have the right to access, modify, erase and/or object to any processing of personal, sensitive or privileged data that you have provided to us. To do so, kindly contact our Data Protection Officer with the following information:

The Company will not impose any charge to cover the cost of verifying a request for information and locating, retrieving, reviewing and copying any material requested.

Please note, however, that the Company’s decision to provide such access or consider any request for correction, erasure and objection to process of the personal data as it appears in our records is subject to any exceptions under applicable laws, rules and regulations and/or the Act.

We have implemented technological, organizational and physical security measures to protect your information from loss, misuse, modification, unauthorized or accidental access or disclosure, alteration or destruction. We put in effect safeguards such as:

Keeping and protecting your information using a secured server behind a firewall, deploying encryption on computing devices and physical security controls

The data will be kept within 10 years from date of last engagement (e.g. release of transferred title, release of documents related to back-out) or as may be required by existing laws, rules and regulations, unless you request your data to be deleted in our systems, databases and hard copies earlier than this date, subject to limitation of applicable laws and/or the Act. Once deleted, your information will no longer be searchable or included in anonymous searches and will be completely removed from all the storage location.

By agreeing to this policy, you explicitly and unambiguously consent to the collection, processing and storage of your personal, sensitive and privileged data by DMCI Project Developers, Inc. for the purpose(s) described in this Data Privacy Notice.

You can drag the map pin to change your location.

Thank you for contacting us at DMCI Homes.

A company representative will be in touch with you shortly.